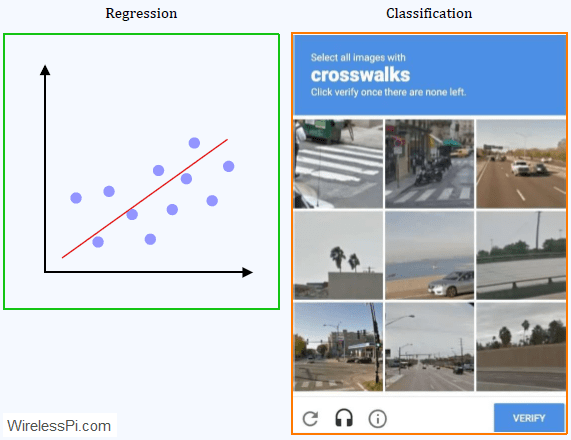 In a previous article, we had a little introduction to the big picture of machine learning. More than what is it is, we focused on what it is not. Today we explore the category of supervised learning that opens the door to our understanding of advanced machine learning techniques.

To see how supervised learning is proliferating in all walks of life, consider a few examples below.

We start with the introduction below.

You might remember how you learned simple mathematical operations on integers in primary school that was quite easy.
\[
6+9 = 15
\]

Later, the letter $x$ was introduced in algebra lessons after a few years that looked like a stranger in a crowd of numbers. I really liked it.
\[
3x-12=15
\]

Clearly, the answer $x=9$ is found by moving other numbers around. Next, we became familiar with linear equations that map how another variable $y$ depends on the independent variable $x$.
\[
y = 2x+7
\]

It is straightforward to find a $y$ for any $x$. This can be generalized as follows.

Again, $Y$ can be found for any $X$ through the function $f(\cdot)$. In the scenario under consideration, a set of linear equations can be used to solve interesting real world problems, see the following example.

John is 4 inches taller than Ann. The sum of their heights is 128 inches. What are their individual heights?

The next step takes us towards a simple understanding of supervised learning.

Operating in the real world, we have many input variables $X$’s and we also know many output variables $Y$’s. For this set of data, our challenge is to find the function $f(\cdot)$! In words, we have labeled data with correct outputs already known and we want to find the underlying relation in terms of an algorithm. This is by no means a trivial task.

The target is to keep the error $e$ small, i.e., to make accurate predictions. In a way, this is not much different than an equalizer that learns the channel behavior during the training stage and compensates for those effects in the demodulation stage.

As hinted earlier, supervised learning can help us predict a continuous-valued output or organize into discrete categories, commonly known as regression and classification problems, respectively.

Given a continuous-valued input and output set, regression finds a relation between them such that new outputs can be predicted (on a continuous-scale) for given inputs. For example: An intuitive guide to linear regression is the topic of a later article.

In classification algorithms, the target is to categorize the inputs into discrete outputs. For instance:

We will dive deeper into regression and classification algorithms in future articles. 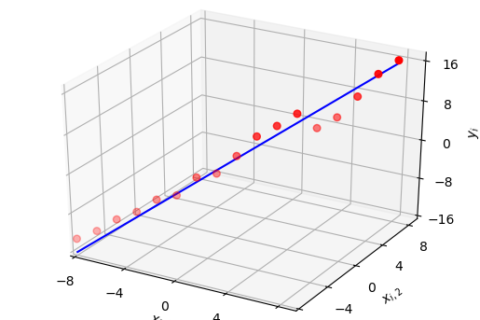